Changing The Way We Care

Why We Do It 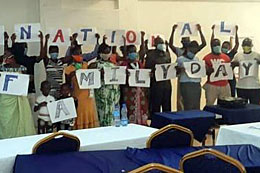 Kenya is moving away from orphanages toward reuniting children with families or finding a family for every child. “Changing The Way We Care” is an initiative designed to promote safe, nurturing family care for children..

Children who grow up in orphanages are harmed in numerous ways. They are more susceptible to violence, abuse and exploitation, and their physical, intellectual and psychological development is delayed. Once children “age out” of the orphanage system at 18, they are left alone and ill-prepared for life on their own, which often leads to unemployment, exploitation and homelessness. These are long-term costs to society and the children themselves.

How we do it 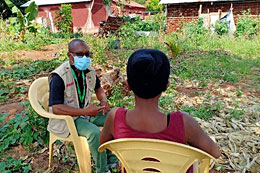 Changing The Way We Care is working with the government, civil society, and other non-governmental organizations in Kenya to begin the process of changing the culture of orphanages throughout the country.

We established strong partnerships across the sector in Kenya, including with the Kenyan government, UNICEF, and the national and district-level Departments of Children Services.

Changing the Way We Care promotes safe, nurturing family care for children reintegrating from residential institutions and prevents child-family separation by strengthening families, reforming national systems of care for children, and working with others to shift commitments and conversations in support of family care.

The project assessed families all over Kilifi County in which children were incorporated after being released from care institutions. We checked the economic situation, health, living conditions and psycho-social well-being, and offered support. In response to Covid-19 pandemic situation, 76 households and 106 children received cash transfer to support them. Masks, hand washing stations, sanitizers, soaps and sanitary towels for girls were distributed in children charitable centers in Kilifi North and South and Malindi. 50 children received of dignity packs. 25 households and 34 children benefitted from psychosocial support. 14 families were registered to NHIF.

After transferring cash to the families, CTWWC team members visited them to give psycho-social support of which so far 107 children in 77 households have profited. Then the care givers of the families in the initiative were supported with KSH 10,000 to invest in Income Generating Activities (IGA), e.g. opening a food kiosk or hair saloon or boosting an already existing business. CTWWC initiative also identified families which were at risk of separation which is one reason that children end in care institutions. They were given psycho-social support. The initiative formed support groups for families with disabled children because parents often don’t know how to deal with the situation. Care leavers, care givers, village elders, balozis and social workers in children charitable institutions were trained to become champions of the Kenyan care reform.

To become known in the communities

Another important activity during the last months was to create awareness of the initiative among communities, population and especially the target groups. To achieve this, CTWWC initiative had a one hour live interview at Baraka FM, one of the big Swahili radio stations at the Kenyan coast with up to 500,000 listeners. Furthermore, the project was involved in a Local Area Advisory Committee Meeting to which the County’s children coordinator had invited them with the intention to discuss the raising number of teenage pregnancies. CTWWC provided food and transport fees and had the opportunity to present what it does. 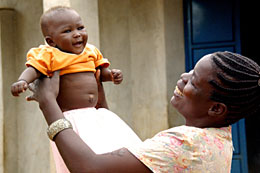 “Children need to be treated more as individuals. We need family-centered approaches, investing in childhood, investing in families. At the end of the day, the returns are much higher.” Steven Ucembe, founder of the Kenyan Society of Care Leavers

“One thing about orphanage care is that it disconnects children from their very family that they know, and because of the very many years of separation, it is very difficult for those relationships to be remedied.” Peter, a former orphanage.